The Sierra Cazorla and the Iberian Fox

The early morning air is cold, very cold and the clouds are sweeping over the mountain tops, filling the valleys and ravines below. It felt wild as Griffon Vultures swirled in the thermals alongside us.

We had climbed, only again to descend down through the murk, before a long climb to a birth.

Yes, a Nacimiento de un Rio, the birth of a river, the Guadalquivir, high up in the mountains of Cazorla.
We were also hoping to see the Foxes of Cazorla! 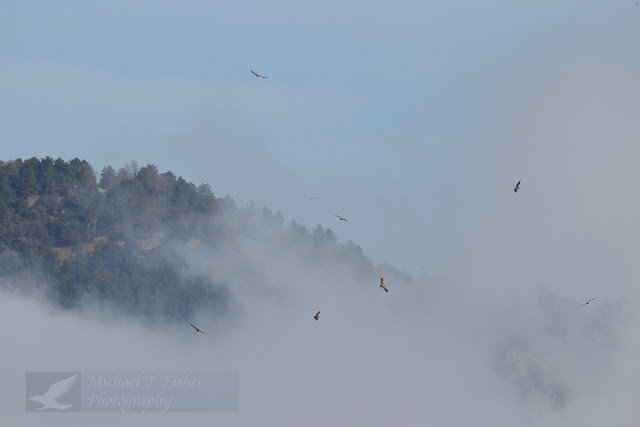 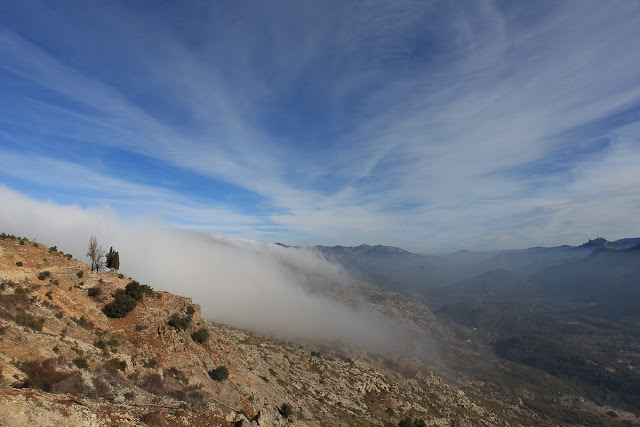 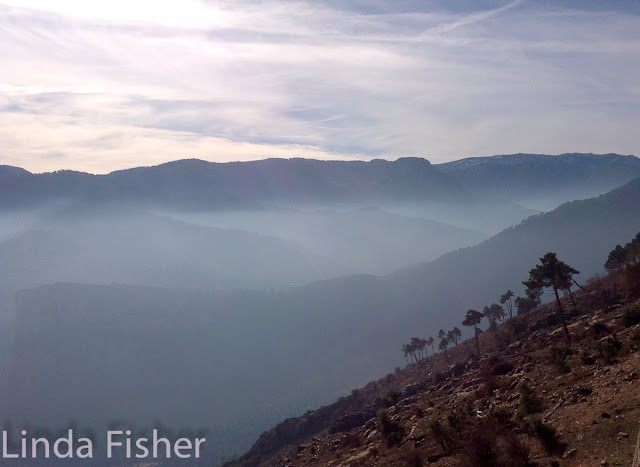 The cold cloud pouring down the mountain tops and filling the valleys. 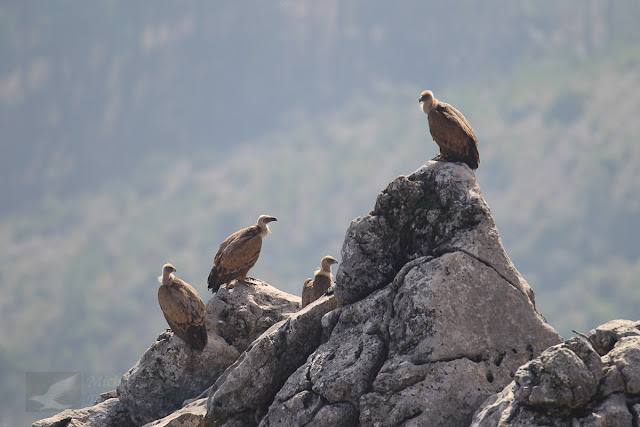 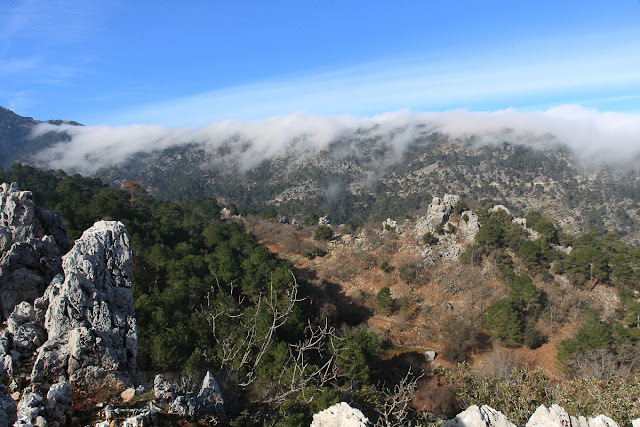 From the opposite side of the valley, we could watch as cold air flattened the clouds along the mountain crests. 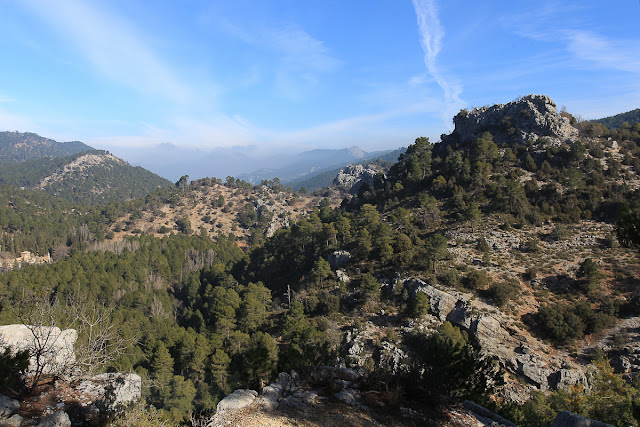 Following a gravel track, we had now entered the restricted area of the mountain, open to the public from 09.00 to 21.00, we stopped to take in the view. It's cold minus two degrees. 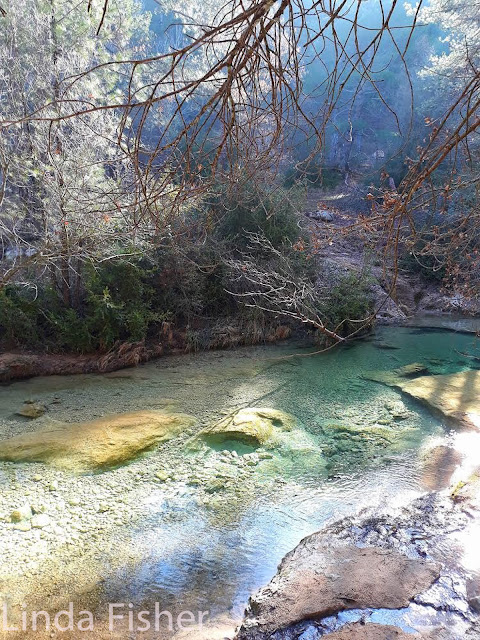 The clear blue meltwater of the Guadalquivir river formed rock pools as we got closer to the source. 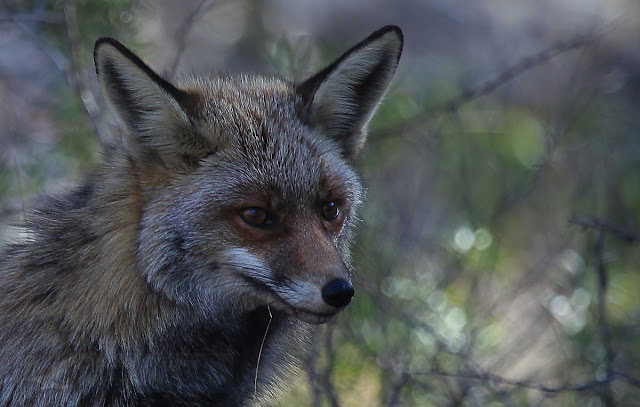 Then a chance sighting as we walked alongside the river, a fox sits and watches. It seemed completely undisturbed by us. 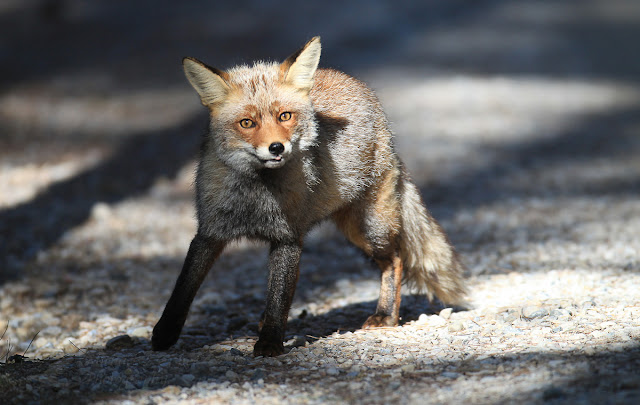 On a forest track, we get to see another of these beautiful animals. 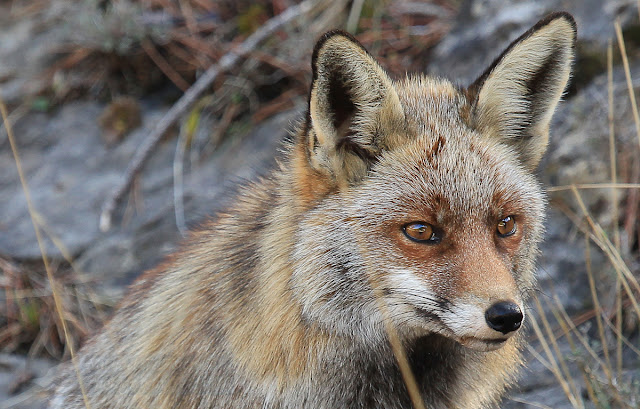 The Fox is Spains commonest Carnivore, their density though is lower than in Northern Europe.
This is caused by several contributing factors but mainly by the Mediterranean drought
and competition for food from birds of prey, for example, Eagles and of course Vultures. 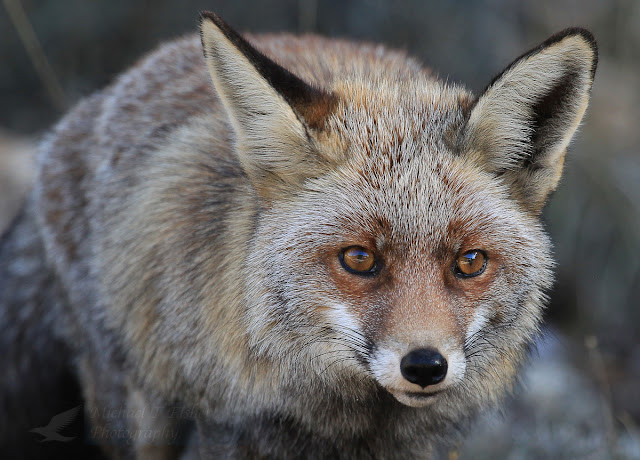 Over the last century the decline in super predators, like the Wolf and Lynx are thought to be why the Fox is doing well here in Spain.
They are adept hunters of Rabbits and that in itself is a problem, as the rabbit is also the preferred food of the super predators.
A Lynx will kill a Fox found on its territory, and for this reason, you are more likely to find more Rabbits in a Lynx's territory.
This has had implications for the Rabbit reintroduction programmes. With no natural check on their numbers, the Fox is considered an invasive species and threat. 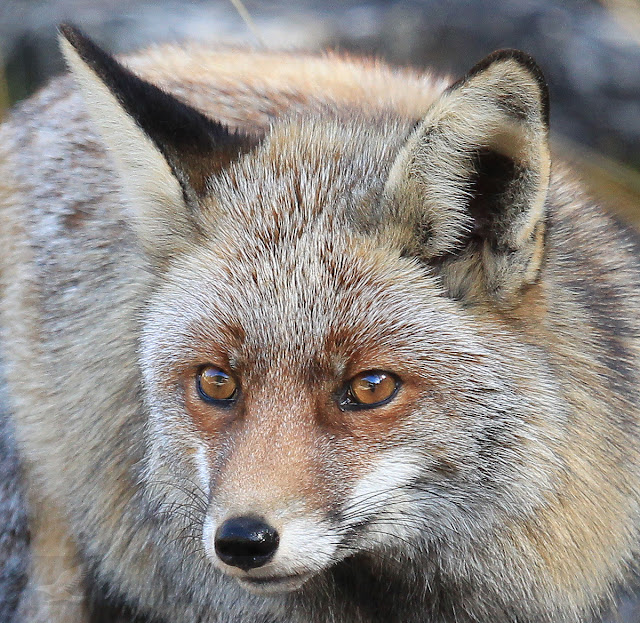 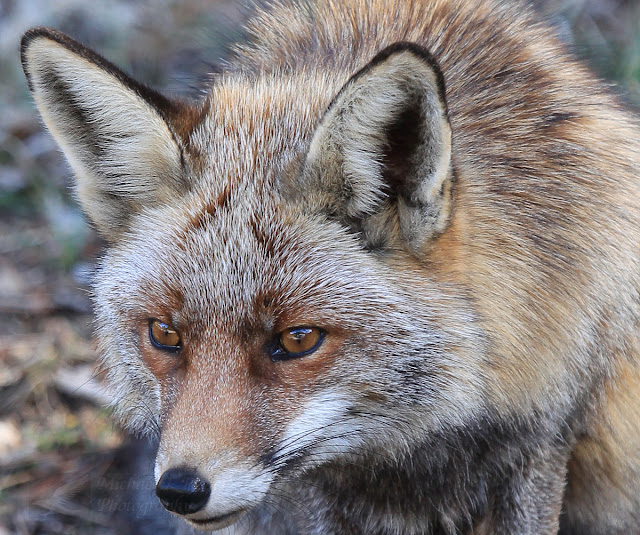 This is a specialist in its environment, capable of shedding its coat in warm weather and retaining it in the cold. Primary a nocturnal predator its sleep patterns can change even if it becomes overcast. They have very acute senses with those eyes to help see in the dark and the ears that are sensitive to the slightest rustlings on the forest floor. 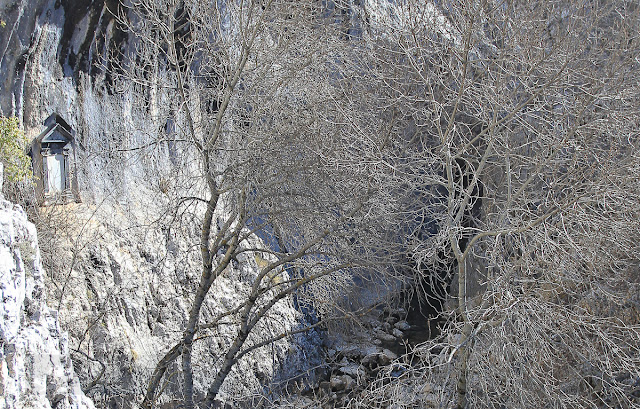 So here it is, the Nacimiento of the river Guadalquivir, just a cave hidden beyond the trees but that is the birth of one of Spain's great rivers and for us, as birdwatchers, the life of the Donana National Park. Before that, it passes through the wonderful Moorish cities of Cordoba and Sevilla. 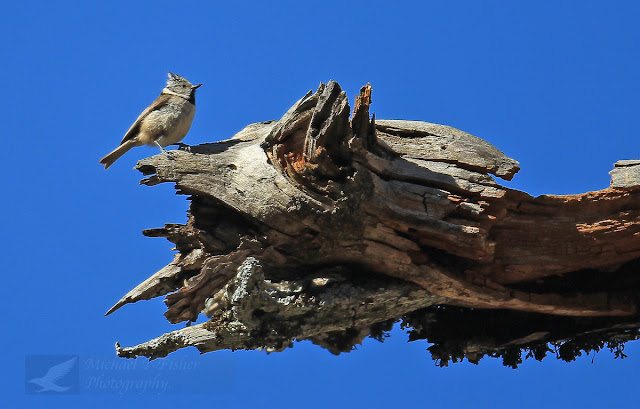 The trees, living and dead, are full of Nuthatches, Short-toed Treecreepers, and Crested Tits.
This Crested Tit, perched on a tree that we thought looked like some sort of prehistoric Dinosaur. 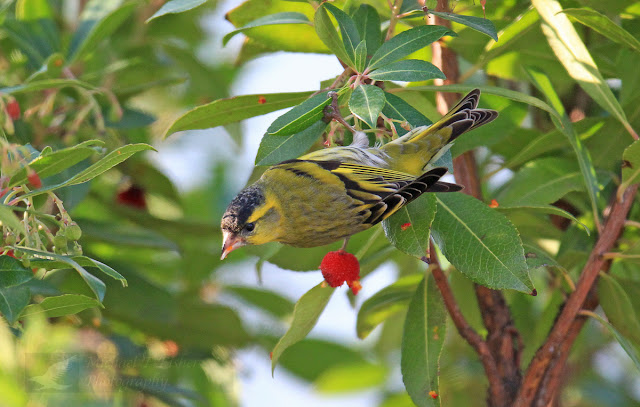 Traveling back down the mountain, we stopped in the sunshine and found a male Siskin feasting on a Strawberry tree. 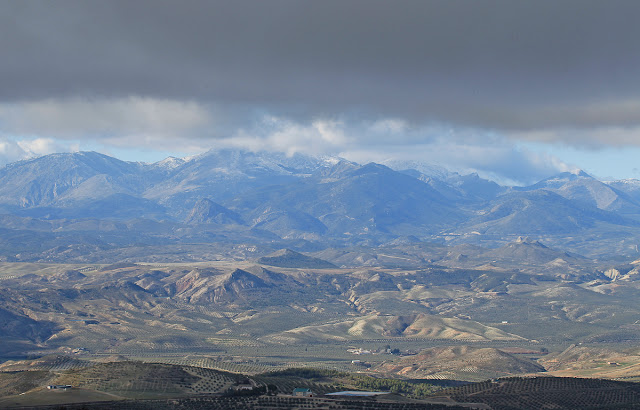 On our last evening in Cazorla, it started to rain, by the morning it was snowing heavily.
We beat our early morning retreat through Cazorla town heading for Quesada, after which the views were once again amazing. 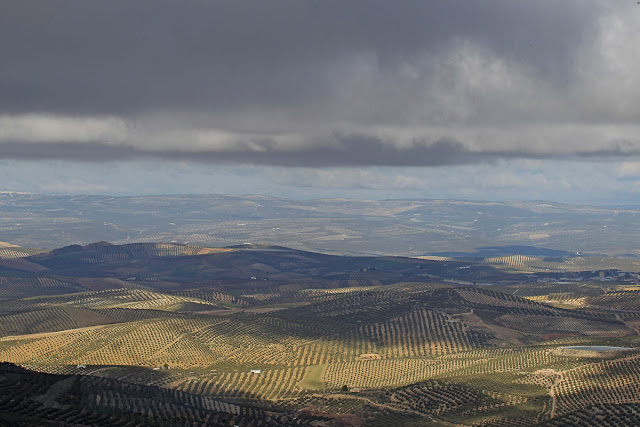 A little glimpse of sunshine as we look back at the Olive trees with happiness, of our visit to the Sierra Cazorla and sadness to have to leave.

The Hawfinch, a strikingly large and charismatic bird but shy and elusive spending much of its time high in the treetops of broad-leafed... 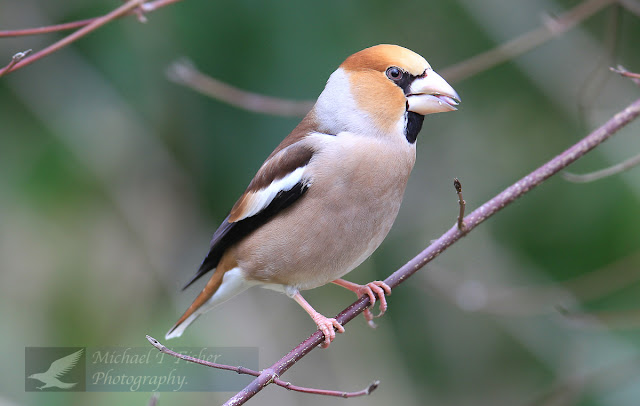